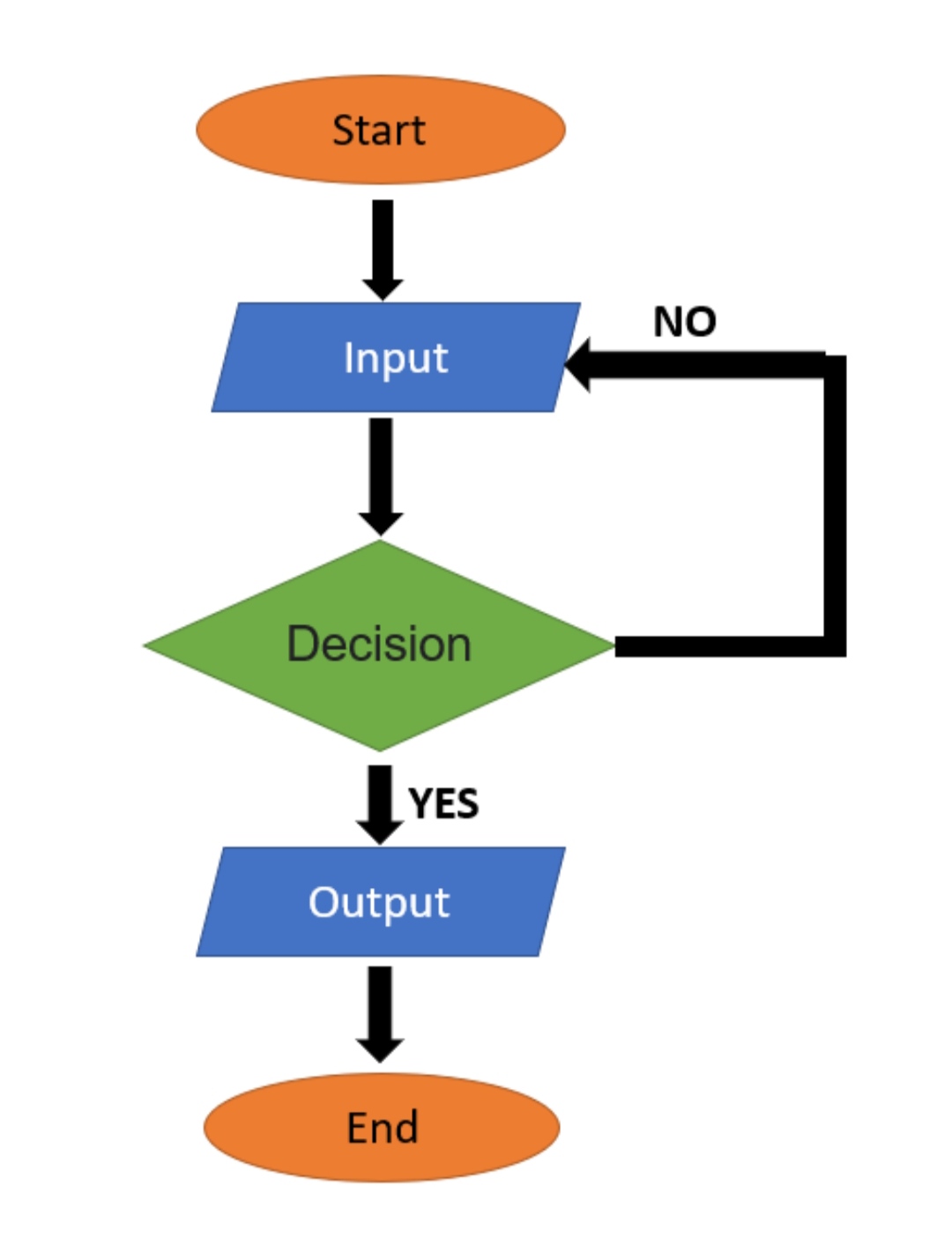 I must say that every person has the potential for algorithmic thinking. The only question is how to find it in oneself and then develop it.

Algorithmic thinking is not bad at all for a person.

There are many examples for this, one of them – any talented chef who, by the nature of his profession, encounters algorithmic thinking every day – when cooking according to a recipe, which in itself is an algorithm, the chef is always interested in new recipes to himself, regularly replenishing his great collection of recipes, he experiments, creating his successful new dishes “from the chef,” it is like a creative laboratory, the result of which is created from scratch, famous recipes, or already known recipes with slightly modified changes that improve the taste of an already popular dishes.

Clients often come to their favorite restaurant with the whole family to feast on the loved family dish, which had already become a family tradition dish – but they do not always guess about the fact that this dish is the result of hard work of the chef, who must also supervision so that the cooks working in his subordination do everything as planned, according to the recipe, and keep in objective every detail, while making recipe process, everything so that the client is ultimately satisfied!

Surely, there is a restaurant you love in your city, where you celebrate birthdays with family and friends, or just come with your family to relax, in which you regularly order a “signature family dish” for all members of your family.

Samely, a technologist in the textile industry or the construction of machinery, who must ensure that the technological process for the production of a specific product is carried out strictly by the provisions of the technological plan, so that, from the raw materials, after a finite number of technological operations, the product/detail will be manufactured according to the design the clothes designer or engineer.

The technological process is also an algorithm.

The production of carpets, porcelain, and earthenware are all from the large family of algorithms called the technological process.

I remember my grandfather, a cabinet-maker, who started his career in the carpentry craft, as a boy, when he was barely 12 years old, at the Bozhenko factory in Kyiv, 100 years ago.

I loved to watch how chairs, tables, and wardrobes came out of my grandfather’s skillful hands in childhood. I remember how he cooked wood glue.  I remember the smell of this glue, still hot, giving off steam, in a deep aluminum mug. I remember the carpenter’s bench, the mesmerizing smell of white, twisted white wood chips parting from wooden planks while sanding through the planer’s top opening, how he chose the boards based on the properties of the wood species best suited for a particular furniture item. He determined the type of wood by the board’s texture; the entire manufacturing process followed a strictly debugged algorithm. As a result, a finished high-quality furniture item came out from under his hands. He was able to fix or replace a broken piece in any piece of furniture, so in such a way that no sign of repair remained, that the furniture was repaired. He unmistakably immediately determined what and how to do to bring any carpentry work to the finish line.

He was not afraid of work, a very hardworking man, who worked very hard all his life.

In addition to his main specialization as a cabinet-maker, grandfather also knew carpentry very well. In Birobidzhan, he built a wooden house with his own hands, where his family lived. He skillfully laid the floors with thick oak boards. I remember how he used staples, adjusting the boards tightly to each other, how deftly and professionally he hammered nails dipped in machine oil into oak boards with a hammer, as sparks broke up from the nail being driven into the board.

My grandfather’s work style is a high-quality, thorough, and thought-out manufacturing process from A to Z to the smallest detail.

As my relatives often tell me, I inherited my grandfather’s work style from him.

According to my mother’s words, the second person I resemble is her middle brother and my uncle, whom my sister and I, alas, did not have a chance to see – this is Gedalia.

I am named after him with a similar name – Gennady.

Unfortunately, he died of dysentery in 1942, during the Great Patriotic War, while the evacuation in Tajikistan, which is more than 4,000 kilometers from his native Jewish town  Calarash in pre-war Bessarabia.

Thanks to him, my mother survived. He was 2 years older than his sister (my mom), giving her his ration when eleven. He worked hard physical work – weakened, and his body could not resist dysentery.

According to my mother’s memories – in addition to, not from this world, Universal kindness, he also possessed excellent algorithmic thinking! Possessing a phenomenal ability to carry out lightning-fast mathematical calculations in his head, he solved problems that were an alloy of logistics and probability theory. These are tasks without which it would be impossible to conduct a successful business. On my success in mathematics at school (we will talk about this in the next blog) – my mother always brought up her memories of her middle brother Gedalia, after whom I was named.

Even in unimaginably difficult evacuation conditions, coming to the barrack where the evacuees lived, exhausted, after physical work and giving his rations to his youngest sister, 13-year-old Gedalia, overcoming hunger, continued to do his favorite thing – compiling mathematical calculations related to logistics and theoretical probabilities. It was like an outlet for him. He willingly told his younger sister about a whole commercial empire, dedicating it to his mathematical calculations, where ocean cargo ships are involved, making voyages across the oceans between continents and freight trains running from northern to southern ports and back.

About huge granaries – elevators and the cost of storage, transportation of grain, and payment for the work of personnel – engaged in storage and loading/unloading of grain. Payment for services to transport companies for the transportation of commercial cargo/goods. How into ships holds are loaded  – tea, porcelain, and silk fabrics rolled into rolls, in the distant port Shanghai, after completion of loading cargo into the holds, ships leave the port, starting their voyage towards India, arriving the country, unloading part of the silk rolls in the port of Bombay, from where these raw materials go to the garment factories of India.

The additional cargo that includes clothing, leather goods, spices, peanuts, hazelnuts, almonds, cashews – are loaded into the holds of ships. The ships continue to sail on, heading to the Persian Gulf, and arriving the  Persian port, unloads part of the cargo from silk fabrics and loading carpets and dried fruits into the holds, the ships head for the African continent, and arriving South Africa, in Cape Town port,  the ships get to their holds mahogany cargo (redwoods) after it the ships heads their course to Europe.

And all this commercial cycle, taking into account the loss of cargo in transportation and other overhead costs, and how to work out the optimal route with the delivery of raw materials and finished goods to be profitable? How to minimize the probable losses that are always present in any business? Likely, someone of the reading community has already caught here – the well-known Traveling Salesman Problem?

I don’t know if Gedalia knew, that the village of Yangi Bazar, where on its outskirts, in one of the barracks for the evacuees, lived – he, his mother and sisters, including his older sister with her husband and one-year child, was 800 kilometers from the ancient city Khiva, where Al Khorezmi was born, who gave rise to a whole science – the Theory of Algorithms?

The Silk Road passed through Yangi Bazar, located 20 kilometers from Dushanbe, the capital of Tajikistan. It is likely that Al Khorezmi, traveling along the silk road, stayed for the night in a caravanserai near the Kafirnigan mountain river, not far from Yangi Bazar.

Sometimes I feel – how I miss Gedalia, my dear uncle. My mother always said that if my uncle had been surviving, he would be a big businessman.

I don’t even doubt that if Gedalia were alive now, he could positively impact me. I know that Gedalia, mom Mila (my grandmother), elder sister Eiga with her husband, and their baby son – remained in a mass grave on Dushanbe’s outskirts. An epidemic of dysentery crippled them.

Somehow, this blog is a tribute to the king and blessed memory of people dear to me – Gedalia Rosenzweig Ben Akiva and Eli Moiseevich Korostyshevsky.