“To be or not to be” or how became from a technological engineer with a salary of CNC setup worker to a successful technical provider? 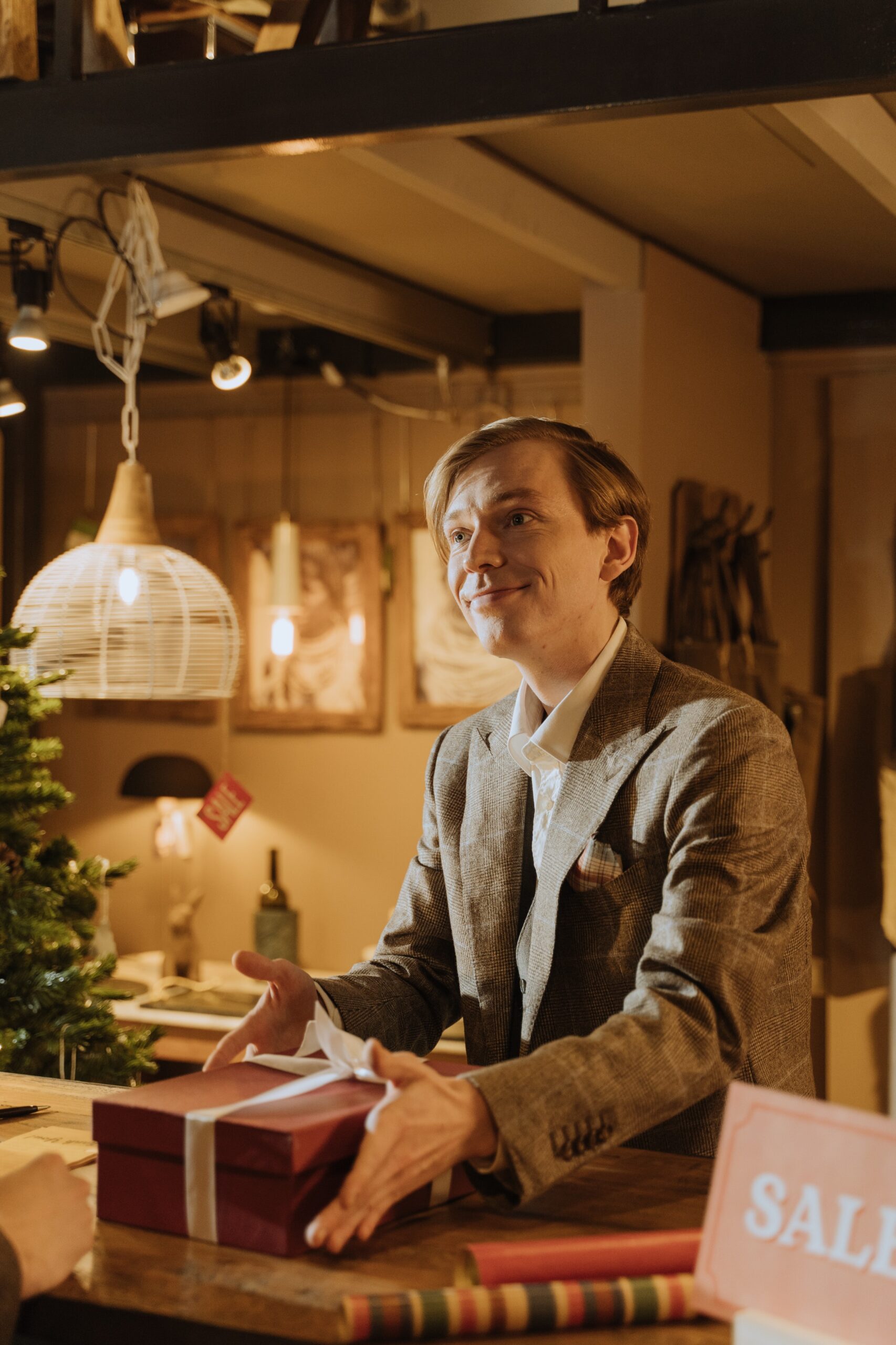 “To be or not to be” or how became from a technological engineer with a salary of CNC setup worker to a successful technical provider?

Recalling the previous blog about the conversation with my former classmate in a CNC programming course,  particularly when the owner of a CNC metalworking workshop began to employ my friend as an operator on CNC machines, although he hired him as a CNC programmer.

Of course – everyone decides for himself how he will act in a given situation.

If the workshop for metalworking on CNC machines is small, i.e., there are only one or two workers, not counting the owner. It is not uncommon that the workers there write programs for CNC, are engaged in setting up machine tools.

Also, make fixtures for fastening the part, work out the technological chain from the workpiece to the finished detail.

As a rule, in addition to a CNC machining center, such workshops have at least one conventional milling and turning machines.

The workers of such a workshop are, as a rule, universal machine operators and can perform work on all machines, including locksmith work.

Accordingly, the work of such specialists is highly valued.

Although, for example, such situations are not uncommon: imagine such an owner who has several dozen CNC machines and, having hired two CNC programmers, eventually writes programs himself, forcing himself to work very hard seven days a week, five days of which he gets up at 5 in the morning and goes to bed at 2 o’clock after midnight.

He devotes himself to work 20-22 hours a day; this also includes ordering raw materials, tools, and equipment, negotiating with customers, and setting up machines for processing parts. Even if you manage to sleep for 1-2 hours during the day, you must agree that this is not life. Even if his wife is working side by side with such an owner, taking on responsibilities: checking the quality of products, a secretary, a production technologist. Even if the owner and his spouse are process engineers, is such enslavement of oneself justified?

On the one hand, the owner employs twenty workers belong them are 2 CNC programmers (one of whom is a machine tool manufacturing engineer, who also performs part of the maintenance and mechanical repair of machine tools for the owner).

The owner also has a worker who was a computer programmer who has experience debugging post-processors (simultaneously performing for the owner – part of the repair service functions for CNC machine controllers).

These three workers have the owner’s work’s primary function – setting up CNC machines + manual filling on the controller rack of small programs on G codes.

It is evident in this situation – wanting to save on wages for their hired workers, the owner – for specialists who are programmers of CNC machines/adjusters of post-processors, do not want to pay the appropriate salary. Therefore deliberately lowers the bar for these specialists, forcing them to work as machine tool adjusters CNC or simply as operators of CNC machines, blocking them even access to personal computers of the owner.

These three specialists’ had salaries were not much different from the wages of operators of CNC machine tools, who were work in shifts for the owner. Their wages are not high in themselves.

On the other hand, why should you keep specialists who are not ready to be interested in a salary? You are not prepared to entrust them with a part of your work from which you fall off your feet.

Was it justifiable to pursue such a strategy regarding pay conditions and career prospects for your subordinates?

What motivated the owner to limit the wages of his hired workers? Fear of losing part of your profits – by encouraging the professionalism of specialists?

Was the manifestation of such fear justified? If, in the end, you have lost these specialists! They found a job on better payment terms with the prospect of professional growth. The companies that hired these specialists only benefited.

Did the owner understand that he only lost?

These three specialists worked wonders behind a computer rack; they can make all the CNC machining centers’ components subordinate to milling purposes using C-based macros.

Once, the owner’s spouse suggested that his husband raise one of the CNC machine tool adjusters’ salaries.

From his women’s intuition, she understood that the worker would leave work soon since he could not realize his career as a CNC programmer. To which the owner replied: “And then what?  I will continue to work hard from 7 in the morning until midnight. I see no reason for salary raise for the worker.

On the other hand, nothing bothered the owner, without hesitation, for example, immediately shell out a decent amount of several thousand dollars by purchasing and ordering equipment, cutting/measuring tools from a merchant selling technical products.

I remember how the owner later lamented when he learned that a merchant – a graduate of the Haifa Technion, as a technological engineer’s specialty in metal cutting. He then expressed his bewilderment to his interlocutors for several days about how it was possible to exchange the position of a technological engineer for a merchant, study 4 years in a prestigious university to work as a merchant practically?

The answer is simple. For only one visit to the owner, this merchant earned as much on selling technical products as he would not have made from the same owner in a month, even working as a process engineer.

Moreover, the owner did not need a production engineer, as he had a worker who was a process engineer but kept his as a CNC machine tool adjuster.

To sell a product, you need more than just desire. After receiving a technological engineer’s diploma from the Technion, perhaps the seller began working as a technologist for some stingy owner and became disillusioned with the salary conditions. Nevertheless,  he managed to pay attention to one fact during his employment as a production engineer: the owner does not skimp on the purchase of high-quality equipment and tooling (it’s not out of generosity, but from what -this requirement is under the competition of the quality of the work performed in the struggle for the customers of the products), this case was the impetus, having decided to try his luck in commerce to sell technical equipment, he got into the path, finding his niche.

Of course – the seller effectively used all his potential knowledge and experience from the standpoint of a process engineer, could technically competently and in an accessible language present any product to the buyer, and did it in such a way that the buyer willingly bought the offered product.

After all, in everyday life, each of us buying this or that product for everyday life sometimes needs expert advice, which is justified.

Everyone engaged in private entrepreneurship in a particular industry should have such a specialist expert specializing in the supply of equipment and tooling.

But trying to compensate for the costs of technical equipment and maintaining production at a level that ensures competition in the order market, at the expense of service personnel, will not such conduct and vision of the business turn out to be too expensive?

The result – that owner, having grown old, could not convince his children to continue his business. He was obligated to close production and sell a dozen new unpacked Japanese CNC machining centers for half the cost. The owner’s children are not enemies to themselves; they hardly saw their parents disappearing from dawn to dusk behind their business in the industrial zone and did not want the same fate for themselves and their family.

I appeal to the readers with the task:

1) Draw up an algorithm for a successful business. One of the conditions is that both the business owner and his employees are happy working mutually beneficial terms. The company’s busyness should have organized this way to pay attention to himself and his family. The business should give cause for pride to family members of the owner.  There was a continuity of generations, and the company employees considered their company a prestigious place of work.

2) Based on the above example with a merchant selling industrial equipment, analyze at the place of your work/study, looking around your workplace – is there a niche for self-realization, where you could fully express yourself, relying on your already acquired knowledge and an experience?

0
Please leave a feedback on thisx